Latest News
Home | Articles | Why are the Mujaahideen Fighting the Islamic State Militia in Syria? Part 1 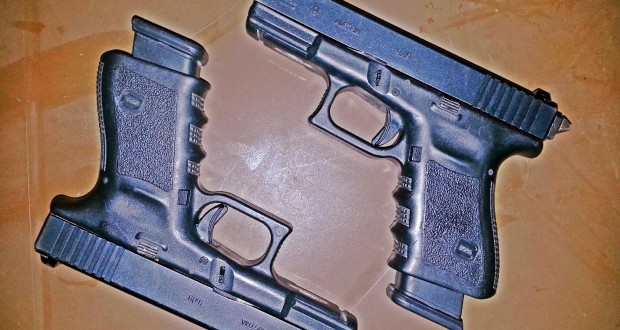 Why are the Mujaahideen Fighting the Islamic State Militia in Syria? Part 1

It was January 2013 and the Islamic groups headed at the time by Jabha Anusra and Ahrar Asham had the Syrian regime on the ropes.  Cities and towns were falling by the week and it seemed that no one was in a position to stand against the tide.   A few more good battles and, I believe, the regime would have fallen.  Men, women, and children alike were praising the Mujaahideen fighters, both foreign and local, for their heroic efforts and sacrifice.  It was an atmosphere that you cannot imagine if you weren’t there.  I was.  It seemed as if it was no longer a matter of whether the regime would fall or not but when.  Fighters would literally beg their commanders to take them on the next raid and start to cry if they were turned down for one reason or another.  Being from America I wasn’t accustomed to seeing grown men cry.  I couldn’t believe it.  Then suddenly something happened that sent all of that crashing down.  Abu Bakr Baghdadi called his troops to split with Jabha Anusra and created ISIS, who would later be known as the “Islamic State”.

I spent much time filming in Syria and I got to know members of ISIS who are now a part of the Islamic State militia and other groups.  I’m a journalist but I’m also a human being.  Due to the fact that I am Muslim and at the age of 43 I’m old enough to be the father of many of the fighters there, that afforded me a level of respect that many journalists didn’t have.  I saw many of the tactics that the then ISIS group employed and I would encourage those whom I could not to join them.  Some listened, others didn’t.  However, I’m often asked why?  People would send me messages on Facebook wondering why I’m not pleased that there is now an “Islamic State” to support.  Asking what are the underlying reasons for the fighting between the groups?  Have real attempts been made to bring the warring parties together?   I would like to try and answer some of these questions as best I can in this brief series of articles.  Some will call me biased, some will call me a non Muslim for speaking what I deem to be the truth, and others will just dismiss what I have to say.

While this is not the beginning of the disputes the other groups had with ISIS it is a good place to start so you can understand the atmosphere.  I’ll start this brief journey by telling you about Dr. Hussein Suleiman also known as Abu Rayyan.  He was a top level commander of Ahrar Asham one of the most effective fighting forces opposed to Bashar Assad’s rule in Syria.  Last year there were a number of growing disputes between ISIS and Ahrar Asham particularly in the area of Maskana village.  Abu Rayyan was sent to ISIS to settle the dispute.  What happened next is something that I feel every Muslim who has heard the name ISIS or ISIL or IS should know as this is just one of many stories just like it. 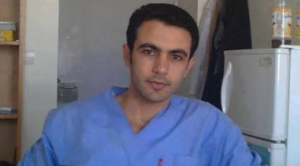 In January of this year Abu Rayyan was detained by ISIS when he went to their headquarters to mediate a dispute that was growing between the groups.  When he didn’t return to base Ahrar Asham contacted ISIS to inquire.  They denied they knew anything about him initially.  However, a few days later one of the prisoners who was in the same prison as Dr. Hussein was released and informed Ahrar leader Hassan Abboud that his commander was detained.  At that time ISIS was confronted with the proof that Abu Rayyan was indeed detained by them.  Subsequently they admitted that he was their prisoner but he was now accused of some “serious” crimes.  Hassan Abboud told them that he knew the charges were ridiculous, after all Dr. Hussein went to them and not the other way around, and it was only fitting that he be tried in an independent court and he would abide by their decision.   After much discussion as to who and where the conflict would be settled, the discussions bore no results.  After 20 days of detention Dr. Hussein’s body was sent to his family in the following condition: 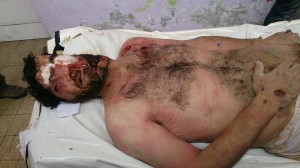 Shaykh Yusuf Al Ahmad attempted to mediate the affair after ISIS stated that there would be a judge from Ahrar and a judge from ISIS to decide the matter.  Shaykh Yusuf Al Ahmad suggested that this mode of judging would not produce an independent verdict and would not lead to a peaceful end.  Therefore in a letter addressed to both Hassan Abboud (leader of Ahrara Asham) and Abu Bakr Baghdadi (leader of ISIS) he suggested that a group of representatives from the other groups fighting in Syria outside of either Ahrar or ISIS would come together and select a scholar to judge the matter.

Several scholars respected in the circles of Jihad tried to intervene to have the issue investigated and the perpetrator brought to account.  ISIS refused to respond to their demands as their position has always been that they are the “Islamic State” and there was no need for an independent judiciary.  This was considered a major act of treachery by Ahrar Asham and the other religious factions fighting in the war as a refusal to appear in a Sharia’ court went against all that they were fighting for in Syria.  Additionally Dr. Hussein was sent to them as a messenger and a person who was to be under protection customary to peace envoys.  Additionally they felt betrayed as torture was also a key element of the Syrian regime they were fighting against.

This event was one the catalysts that started the internal fighting amongst the Islamic groups allied with the Free Syrian Army on one side and IS on the other side. None of the other Islamic groups supported and allied themselves with IS.

Ahrar Asham raised the issue that there was no referral to any court to try Abu Rayyan for his alleged crimes only execution.  The Free Syrian Army, and other brigades banded together as well, as they all had issues and scores to settle with IS who they feel didn’t recognize the rights of any Muslim who opposed them and their ideology.  During that time and up until now, IS has tried to show that this is a war of those who want Sharia’ law (i.e. them) and those who want Democracy (i.e. every other group).

I myself have listened to first hand accounts of IS secret prisons full of weak Syrians and foreigners who were suspected of a crime and imprisoned without trial. Some have not been heard from again. The primary issue that most groups inside Syria have with IS is that they have placed themselves above even the Islamic law they say they have come to establish. Respected scholars in the Jihad circle such as Abu Muhammad Al Maqdisi and Abu Qatada have denounced IS for their actions and their continued refusal to appear before an independent Islamic court to settle differences.  IS feels that they are the Islamic State and issues for the state will be settled only within the state, meaning in their courts with their judges.

It is incumbent upon Muslims around the world who, apparently are no longer willing to accept the existing status quo, to decide what will be their new identity.  Those who support, or are thinking of supporting the “Islamic State” militia must not cry foul when Benjamin Netanyahu slaughters Palestinians yet not press Abu Bakr Baghdadi to respond to charges of imprisonment, torture, and murder of Dr. Hussein Suleiman.  A lack of accountability and an atmosphere that leaders in Muslim lands can shrug off answering embarrassing questions by “government” leaders must end. 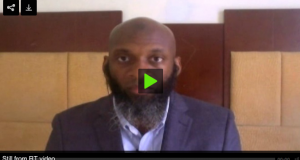 Open Letter Calling for a Truce between Al Qaida, the West, and other Concerned Parties