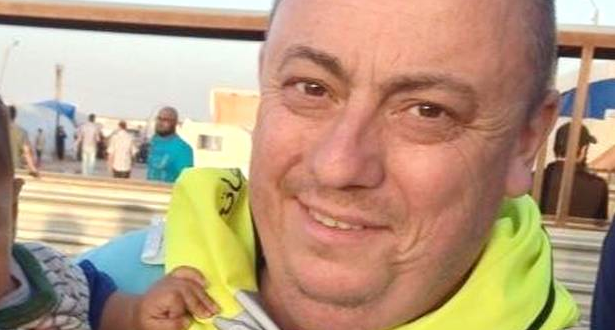 On August 13, 2014 I reported a story (Bilalabdulkareem.com) about a British aid worker who had been abducted in Dana, Syria.  Today that person appeared on ISIS’s beheading video of David Haines.  His name is Alan Henning.  Many ISIS supporters called me a liar and threatened me.  I believe that many of them did so because they themselves did not want to believe that their leadership is not what they think.  Unlike many out there I believe that many of you who are either in ISIS currently or support them in some way (even emotionally) do so out of a lack of understanding rather than due to a malicious nature.  Please read the untold story of how he was abducted and try to understand the issues relating to it and how it relates to you.  While I am not saying that ISIS members are not Muslims (they are, but misguided), however Muslims are a people of honor, courage, and Eemaan (faith).  They are not a team of bandits, highway robbers, or crooks.

Therefore I am republishing the story I wrote a few weeks ago.  I changed Alan Henning’s name in the original story to Murdock so as to keep his identity hidden.  Now as the story has been told in the media there is no need to hide his identity.  As you read further you will know why I originally changed his name in my report.

Please read the following story and see if there is any honor in it:

The convoy cleared the Turkish side of the border and completed the 30 minute drive to Dana. Approximately 2 hours after arrival, ISIS soldiers arrived and detained a large number of those who were on the aid convoy. A few hours later they were all released, except Murdock (Alan Henning). Initially it was said by ISIS brass that he was being held for a few additional hours to answer some questions and then he will be released. Hours turned to days and Alan Henning didn’t appear. Those who were on the convoy were angry and confused as to why their companion was not released.  Then what they had feared had come to light, they were told that Henning was now their prisoner. They asked why, as he had only been in the country for a few hours and most of that was inside a vehicle traveling to Dana. They said that he was suspected to be a spy. The Muslims on the convoy asked for proof as they regarded this as a totally ridiculous claim. ISIS cited that they couldn’t believe that a white christian would want to come to Syria at this time except that he was a spy. The ISIS commander then showed them Henning’s passport and said that this was the proof. “There is a secret chip inside. This is so that the intelligence service can continue tracking him”. One of the other Muslims from the convoy said: “All of the passports from the UK are like that!”, showing him his UK passport.  The other Muslims on the convoy told them that this man had given up Christmas with his family to come to help save the people that ISIS “said” they were trying to save in the Syrian people.  The commander remained quiet and said that it wasn’t up to him and the decision regarding Henning would have to be made by the Ameer in charge who would be in the next day.

A day or so passed with no word and they inquired again. ISIS said that he was to remain their prisoner and they would ransom him for something. “Why?” they were asked. They said: “We will trade him for someone in the UK prison system. The other Muslims told him this was not Islamically correct and they had no charge against him.  One of the aid workers told them that the people rely on these convoys and actions like these would create problems for their efforts in helping the Syrian people. The ISIS commander replied: “We don’t need convoys, we have Allaah”. Religious jurists from other groups came to intercede on Murdoch’s behalf. Even Al Qaidah affiliate Jabha Anusra sent a representative.

I was contacted to see if I could inquire and convince ISIS to release Henning as my travels afforded me a chance to know more than a few ISIS members who rose to positions of authority. A few days later ISIS positions came under attack by the group Jaysh Mujaahideen.  Henning was taken from his prison in Dana never to be heard from again.

While speaking to convoy officials I suggested to make the abduction public.  I suggested that Henning family should make a public appeal to Abu Bakr Baghdadi himself to release Henning as he only came to help the Syrian people and nothing more.  However, convoy officials mentioned that British authorities thought it would be best to not make the issue public as they felt it would complicate matters.  This morning, on the video released by ISIS, marks the first time that Henning has been heard from since that time.

What will you do now?

As you can see, this story was written before the release of this video and the events are true.  So my question to any ISIS supporters out there is this: What will you do now?  This man came to help poor Syrians.  He came on a convoy of other Muslims who respected his zeal to help their Muslim brethren.  How is this the treatment that he deserves under Islamic law?  Where is your sense of fear of Allaah supporters of Baghdadi?  You may have originally intended to serve Allaah but your assistance to this group has led you down a wrong path.  There is still plenty of fight left to fight against the likes of Bashar, but furthering the goals of ISIS is not what you came for.  Do not dismiss my words by simply saying that “He is just one person and we have all of these Muslims here dying by the hundreds”.  To that I would say we should all stand up for what is right regardless of who it is and what their faith is.  Muslims have been striving and dying to protect innocent Muslims so do not let someone come and tell you that there is only an outcry when non Muslims are at stake.  This is a trick.  I have seen the likes of Muslim fighters struggling to protect Syrians from being killed, some of those civilians were Muslim and some weren’t.  However they didn’t deserve to be killed so the Mujaahideen protected them.

I end this article by asking you, O supporters of ISIS to flood every ISIS member’s email box, twitter, Facebook, etc with condemnations for what is about to take place.  Allaah will ask you about it.  If you are currently in ISIS then I ask you in the name of Allaah to be men and confront your Ameer and tell him that this is wrong and it needs to be stopped.  Didn’t Allaah say:

Previous: Is Obama the Real Source of Muslim Pain?
Next: Can we all Avoid an Ugly War that’s Coming?