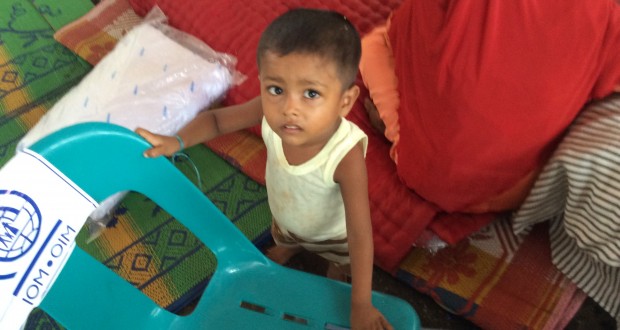 The Rohingya Crisis Puts the Muslims on Trial: Pass or Fail?

When I walked into the first Rohingya refugee camp in Aceh Province here in Indonesia I wasn’t sure what I would find.  It was similar to my experience in Rwanda after the genocide.  I walked into the country and found a traumatized people.  The Rwandans were functional and going about their daily lives, actually  if you watched them on TV and didn’t know the country was recovering from a genocide, you could get the impression that they were…well..normal.  This is what I found when I met the Rohingya Muslims from Myanmar.

They walk about, but you can tell something has happened to these people.  You will find many of them sitting and staring (contemplating?).  When the people of Aceh would show up to pass out aid and they were called to line up to receive it, they would do so almost as if they were in a bit of a haze.  They were somewhat indifferent about whether or what they received.

However there were two things I found that they were adamant about:

1. They will never ever go back to Myanmar and would rather die than go return.  To be honest they don’t care what the Indonesian authorities decide.

2. They were crystal clear why they were persecuted, burned, and herded into concentration camps by the Buddhist dominated government of Myanmar; it is because they are Muslims.  When you greet the Rohingya you can tell that they are very proud of their religion.  The symbols of Islam were rampant.  They were quick and energetic to say “As salaam alaykum”.  The women, to the best of their knowledge and ability, try to cover themselves in an Islamic fashion.  They could have abandoned their hijab and just be “regular people” but they don’t.

Test for the Umma

The Rohingya issue is a litmus test for the rest of us.  Back in 2011 the Middle East changed forever.   The so-called “Arab Spring” kicked off, Yemen, Egypt, Libya, and Syria exploded.  Yemen and Egypt eventually became the real life example as to “how not to have a revolution”.  Libya became another example as to what happens when you allow the enemies of Islam to “help” the revolution of the people of Islam.  And there is Syria…  Many things can be said about the situation in Syria but one thing is for certain, the Muslim umma didn’t abandon Syria the way the rest of the world did.  I am not saying the response has been overwhelming, however all of the foreign humanitarian efforts that have been made from around the Muslim world makes it clear that Syria is on the Umma’s map.  This, of course, doesn’t mention the countless foreign fighters that flooded into the country to help the Syrian people as well.  I don’t think even Afghanistan can top that effort made by foreign fighters.  ISIS has stolen the rightful owners of the fight in Syria but that is the story of another day.

As for the Rohingya, we must now discuss what lies ahead for our oppressed brothers and sisters.  I don’t only mean the refugees, I also mean those who are still trapped inside a hostile country.  Firstly, the refugees need more than just humanitarian assistance.  They need a new start, they need skills, and most importantly they need people of sound Islamic knowledge to lend a helping hand in not only teaching them but also to be a brother and friend to them.  We cannot allow these people to feel the love for a few weeks, then they are left to sink away in the sand because the media has grown bored of reporting their story.

It is up to the media to keep updates going regarding the Rohingya issue.  We simply cannot forget that it was only through world wide embarrassment that forced the various governments to accept these people.  It was local fisherman from Aceh who brought these struggling people to shore initially and common people who cared for them, not the central Indonesian, Malaysian, and Thailandia governments.  Were it not for world wide media coverage then I cannot help but imagine that some of those smiling faces I met would be stiff and floating to the ocean floor today.

Finally there needs to be frank discussions amongst not only the different circles of power in the Muslim world but also amongst NGO’s as to what needs to be done next to pressure the government in Myanmar.  If we can step up to this challenge then I believe we are on our way towards making some serious and much needed changes.