Latest News
Home | Articles | Can we all Avoid an Ugly War that’s Coming? 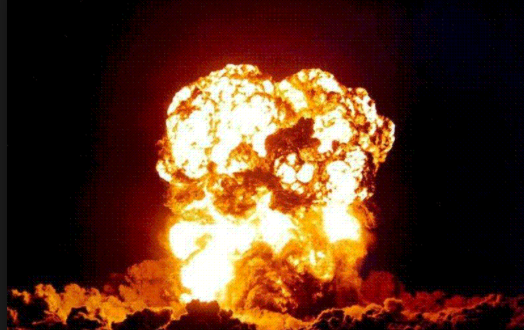 Can we all Avoid an Ugly War that’s Coming?

What would you say about the intelligence of a man who has diabetes, and when he would become ill he would increase his amount of cake in his diet?  He would then get sick again and repeat the same process, yet each bout with this deadly illness seems to bring on a worse reaction to his “cure” while he would assume the problem lies in an absence of soda, pie, and candy in his daily routine.  What words would you use to describe him?  Fool?  Man with a death wish?  How about the word “ignorant”?  Would any of these descriptions come to mind?  More than likely all of them would come to mind, right?  Let me add something; what would you say if this man wore immaculate clothing, clean shaven face, and the most expensive shoes on the market?  Would that change your opinion about him? Probably not.  If you’re smart then the fancy clothing wouldn’t fool you and you’d probably use the same descriptions.  I would.  So why are people around the world having a hard time applying that same logic to some Western leaders when it comes to the “War on terror”?

Every year the “War on Terror” grows and grows and gets more expensive, more complicated, and ALWAYS includes more countries on the list.  Not one year since this war started has the list gotten shorter.  That would tell any normal person that it is perhaps that his or her cure for the ailment is either

B. Making it worse

Each week we hear how more countries, who have no terrorism problem, are talking tougher and tougher.  Ironically,  there is not a single country that can call itself a success story so far in this “War on Terror”.  A success story would include a reduction in the amount of threats that may face a country, thus a reduction in “anti-terror” spending (and an increase in social spending), thus a return of civil liberties, thus…and so on.  Yet things have gone in just the opposite direction.  You can say what you like as to who was/was not the mastermind behind the 9/11 attacks, however the result is the same: Muslims are viewed as the main producers of worldwide terror.

Where is this Coming From

As a journalist who’s covered many different groups, mostly foreign, fighting in Syria I’ve been privy to much the world has not yet seen.  Muslim fighters are like anyone else, if you antagonize them they will be hostile to you just as any ordinary human would be.  lf a woman in the grocery store smacks another woman’s 1 year old child for crying then the child’s mother will bare her fangs and claws and be (to say the least) hostile towards the attacker.  Muslims are the same.  If that woman has a problem regarding the behavior of the child she could, at least, try to open some sort of dialogue with the mother and see where it goes from there.  I have written in the past that British fighters had no inclination towards attacks against the UK in the early stages of the Syrian war.  In spite of the fact that there was much bad blood between the Muslim community and the UK government, the fighters were very very focused on fighting Assad.  The UK government wasn’t antagonizing the fighters at that time, actually the government said that they were committed to toppling Assad and largely turned a blind eye to fighters going to the conflict just as they did with the Libyan civil war.  Then in the beginning of this year the government had an idea to strip away some citizenships, some passports, and promise lengthy jail terms to any and all found to have fought in Syria.  If you fought to take lives or save them it made no difference, jail is to be your next stop should you show up at Heathrow airport.  There hasn’t been one attack, or foiled plot for that matter, on British soil from a returning fighter from Syria.  Why was it necessary to level such threats against these fighters?  Was it essential to public safety that the homes of fighters would be raided by security services?

ISIS fighters learned their brutality from former US ally Saddam Hussein and from their trips to US administered Abu Ghuraib prison and those like them.  If you knew of anyone who suffered as the Iraqi people suffered at the hands of the Americans you too may fall into the trap of thinking that backing ISIS isn’t such a bad idea.  “Yeah, they’re extreme but as long as they are taking the fight to the Americans then I’m in” is what some may think. Where did Boko Haram come from?  Well, just a few days ago Amnesty International released a report referring to methods commonly used on detainees to include nail or tooth extractions, choking, electric shocks, rape, and other sexual violence.  Do you see why Boko Haraam has no problems recruiting new members?  Nigerian officials will say they are getting “tough” on terrorists.  No, they are manufacturing more fighters than they will ever be able to defeat, and radicalizing any moderate opposition.  If your wife, daughter, father, or brother, (not to mention your mother) had been sexually assaulted then you will only see red and want nothing but revenge.

What about Afghans?  No Afghans were even suspected as being a part of the 9/11 plots, additionally the Taliban offered to listen to evidence against Bin Laden so they could decide what should or should not be done with him.  Why did the US opt for war as a first option?  Why not produce the evidence and see if the Taliban were truthful or not?  “Plenty of time for war in a month or two” should have been stated in the bowels of the Pentagon, only it wasn’t.  Countless Afghans have been killed, humiliated, and deprived of their freedom in the now 13 year war in their country that really didn’t have to happen.  Where do you think the Taliban are able to replenish their numbers from to have fought a 13 year war?

Let’s talk Somalia and African Union “peacekeepers” (AMISOM).  Human Rights Watch stated the following in a recent report: “The United Nations, Human Rights Watch, and other organizations have documented high levels of sexual and gender-based violence against Somali women and girls, particularly the displaced. But the involvement of AMISOM soldiers has largely been overlooked, including by the mission’s leadership and international donors.”  Where are all of these Somali fighters coming from you might ask?

Islamic fighters consider Morroco, Jordan, and Egypt to be the “torture capitals” of the world.  A few days ago, Moroccan authorities proposed a law which would criminalize joining armed groups or undergoing training in conflict zones.  Why would they make such a law?  Because they know that they have horribly tortured, murdered, and oppressed their citizens and they do not want them to be empowered in any way.  This is the cold hard truth.  There is no way for ordinary citizens to remove the Kings of Morocco, Jordan, Saudi Arabia, etc…  Additionally these countries know that the only threat to their rule is the religion of Islam and it’s fighters.  Thus an empowered Muslim opposition is seen as a red line.  For them the issue isn’t whether someone actually intends to blow something up or plan a military operation, it is the very fact that they have the ABILITY to do so that makes them eligible for torture and years of imprisonment.

Where do we go from here?

Former Israeli Prime Minister Yitzhak Rabin said: “‘You negotiate peace with your enemies not with your friends”.  Simply trying to smash Muslim fighters is a fools errand.  They have legitimate demands and as the facts clearly show, they absolutely will not go away.  All of the bombings, torture, detentions, and other measures over the past 13 years have served only to increase their numbers.  Neither Westerners nor Muslims are safer.  No one is.  This is a lose-lose situation.  In many places around the world you have balanced Muslim fighters, and in some places you have very very extreme fighters like ISIS.  A continuation of the status quo, be it from corrupt Muslim rulers or Western Leaders, will only make groups like ISIS the default amongst Islamic fighters.  Currently they are the minority and most Islamic fighters do not support them however soon enough they may become the majority.  Let’s all start talking before a point of no return is reached.

Previous: A Plea to ISIS Supporters to Read the True Story of Alan Henning
Next: 3 Things we Learned from ISIS Spokesman’s Latest Statement