Neither Chemical Weapons, Barrel Bomb, nor Starvation was Enough

For nearly four years rebels have fought a bloody war to throw off the yoke of oppression against Syrian president Bashar Assad.  Official estimates put the death toll somewhere around 200,000 dead.  I put it somewhere around 275,000-300,000.  In the time I spent in Syria I filmed outside of hospitals where bodies were piled up outside as there was no room to store them inside, and this doesn’t even count those who went from being barrel bombed in their homes and then straight to the cemetery as there was no official to issue death certificates and no one counting.

A year ago the world watched incredibly horrific scenes of men, women, and children dying in a makeshift hospital in Ghouta as a result of a chemical attack by the Syrian regime.  Their not yet dead bodies were convulsing in a way that resembles an animal that has had a vat of poison poured on it.  Everyone watched as barrel bombs were pushed out of helicopters onto crowded streets and housing units.  Everyone watched the horrific images of 11,000 prisoners who were in Assad’s prison and were starved to death.  It takes a lot of evil to starve a man to death as you have to watch him die over a course of time and your merciless stare can never waver.  The world witnessed countless Syrians beg and plead for help against the tyranny of Bashar Assad.   Yes, there were a few “Friends of Syria” conferences, some tough condemnations by some Big Shot world leaders here and there, but in the end…nothing.  No state support came to help the Syrian people.  NONE.  It is like watching a cold and hungry family freezing in the snow in front of your very doorstep as the children huddle with their parents trying to keep warm while you have heat, food, and a big screen tv to pass the time.  Yet, the idea of actually opening the door to them never came to light.

Fast forward to what has been happening over the past few months.  Ugly scenes of Yazidis threatened to be killed by ISIS fighters, awful videos of beheaded journalists displaying ISIS brutality, and endless free advertising by major news corporations of the statements of unknown people from Facebook and Twitter posting pro ISIS rhetoric.

New Players Looking to Join In

Now that we have that picture in place, let’s look at the growing “anti-ISIS” coalition that picked up more steam yesterday in the form of Denmark, Belgium, and the United Kingdom about to join the fray.  All of this is in addition to the existing US efforts of course.  There is no question that this is indeed a huge effort they have put together.  Lots meetings, sleepless nights on airplanes while diplomats travel here and there, all in an effort to gather the “good guys” against the “bad guys”.  Which makes one wonder.  If they could whip up this much support against ISIS, then where in world were all of these countries who “stand for justice, freedom, and democracy” while 250,000 innocent men, women, and children were and continue to be killed?

Iraq’s prime minister told reporters that he conveyed to Syria a message from Washington that U.S. strikes would target Islamic State militants rather than Assad’s government.  “What they emphasized is that their aim in Syria is not to destabilize Syria, is not to have a threat of Syrian sovereignty, is not to attack the regime in Syria, but rather to diminish the capabilities of Daesh (and other) terrorist organizations,” Abadi said, referring to ISIS.

An interesting statement.  Assad kills 250,000 on the evening news for all to see and there was no political will to organize a coalition against him, then when there is a coalition in place he receives assurances that he is not the target.   Coalition bombs are not landing on only ISIS targets, they are landing on all Islamic groups in Syria as most of the resistance is Islamic.  Virtually every battle that takes place in Syria comprises of at least one of the Islamic groups participating.

I certainly am no fan of ISIS, actually I see that they destroyed the Syrian revolution and continued the oppression that Bashar started in areas under their control.  However it would take a blind man not to see that the aims of the coalition are certainly not limited only to “degrading Daesh”.

Syrians were and still are left to continue their anguish under barrel bombs in the killing zones.  Notice that NONE of the “good will” coalition is talking about stopping Bashar’s killing machine.  The moderate voices are now silenced.  After all, what credibility do they really have now?  Who would listen to them?  Especially now that the gains the Syrians made in a hard fought war against Bashar are now being rolled back by the coalition.

If some misguided Muslim should attack innocent civilians in a coalition city, what do you imagine the politicians will say?  “Terror”!  Then what will their citizens say?  “Terror” (like parrots).  What will the memory challenged media say?  “Terror”!    Normal citizens rely on their leaders and the news for authentic information but they will not receive any.  They will get a very generic answer like: “Terrorism struck today” or “Those who hate your democracy and your freedom have attacked today”.  Never going into the “why” and “what was the real motivation” so as to understand if there is a way out of this circle of war for everyone.  Thus the circle of blood will have been established, if it hasn’t been already, and at that point it may be too late to stop it. 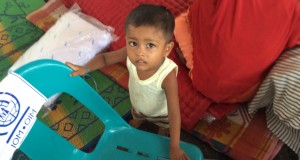 The Rohingya Crisis Puts the Muslims on Trial: Pass or Fail? 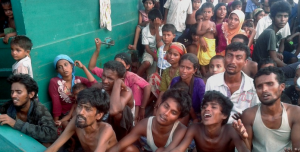 Syrian Rebels to Rohingya: Invitation for 500 Families Trapped at Sea