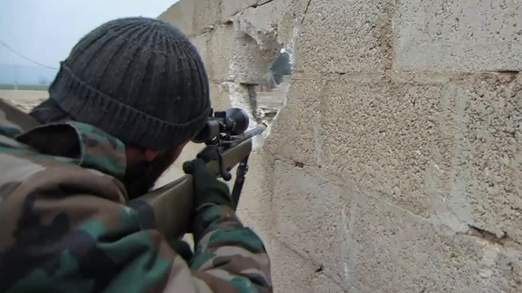 Posted by: admin in Media May 8, 2014 Comments Off on Syria: Sky News Gains Access To UK Jihadists 649 Views

Sky News has gained the first access to a previously unknown brigade of exclusively British jihadists fighting in Syria.

Until now, the existence of this UK brigade has been kept a secret, but it reveals that British security services have hugely underestimated the scale of UK nationals involved in the bloodshed.

In a series of wide-ranging and frank interviews, the jihadists, who have asked Sky News to protect their identities for fear of a backlash against their families in the UK, reveal that hundreds of young men from Britain have joined the fight against Bashar al Assad’s government and that “at least” four die each month.

They also claim that the UK remains the largest single source of private fundraising for jihadi fighters, outdoing countries like Saudi Arabia, Qatar and the UAE.

In the interviews, carried out by US journalist and Muslim convert, Bilal Abdul Kareem, exclusively for Sky News, the Islamic fighters insist they have no intention of attacking UK targets or waging jihad on British soil.

One of the men, identified as Mustafa, is asked directly if he is part of al Qaeda and why he insists on hiding his identity.

“I’m not a terrorist in any way. If people could see how much goodness we have in our hearts, how much mercy we have for people and how much you know we are driven by compassion to help other people they wouldn’t think that we were terrorists.

“But this is a line that they have been fed and there are people that benefit from pushing that narrative about us, so I protect my identity.”

This denial follows warnings from the heads of the UK’s security services that young men travelling to Syria risk being radicalised before returning home to carry out terror attacks in Britain.

Fighting on a mountain top in the northeast of the country, these men look like hardcore jihadists, but when they speak they are pure Brits.

They joke and laugh between themselves, sometimes comparing the now ubiquitous “selfies”.

But they hardly speak any Arabic and are dependent on one of their number to give orders on the battlefield.

Like British soldiers, they discuss kit and the best things to buy for jihad. In one exchange a young man, advised to buy new binoculars, naively asks if eBay will deliver.

“No man,” one of the more seasoned fighters laughs in reply, shaking his head, “eBay won’t deliver here man.”

It is pure comedy. The men insist they have a moral obligation to help in Syria because of the outside world’s refusal to intervene in the near three-year-old civil war, and deny they are terrorists.

“When you see atrocities carried out like what you see from the images that you see from Syria, then really as a human being, you know morally there should be an obligation just being part of the human race to defend such people,” one of the brigade’s leaders told Sky News.

“But if morals can’t, if that’s not enough to motivate you, our religion demands for us that people that cannot defend themselves, that somebody needs to get up and respond to their call. Ethically, it’s the only right thing to do,” he said during a pause in the fighting.

The armed opposition to President Assad in the north of the country is now being waged almost exclusively by a myriad of jihadist groups supported by a significant number of foreign fighters from the USA, Canada, Northern Europe, North Africa and the former Soviet republics of Chechnya and Dagestan.

The British contingent say their numbers are increasing daily and social networking sites are helping to organise the influx into Syria.

They know that returning to their families in the UK will be extremely difficult from now on, but in reality they probably won’t get the chance - the fighting footsoldier’s life expectancy in Syria is very short once serious combat begins.

This committed group buck many stereotypes used to describe the Islamist fighters in Syria.

Whether anyone agrees or disagrees with them is not in itself relevant, not yet at least, as this is the first time we have ever heard them speak.

:: A spokesman for the Foreign and Commonwealth Office said: “Syria is the number one destination for jihadists anywhere in the world. There are thousands of foreign fighters in Syria, including large numbers of Europeans, gaining combat experience and forging connections with extremists.

“Some people who travel from the UK to Syria for jihadist fighting will pose a security threat when they return. We are concerned that Al-Qaeda affiliates such as Islamic State of Iraq and the Levant (ISIL) and the Al Nusrah Front (ANF) are now able to operate in the large areas of ungoverned space that have been created by the conflict.

“We are aware of at least 200 UK-linked individuals of concern who have travelled to Syria, but the true number is likely to be higher.”

The FCO said it is taking the following action:

:: Intelligence agencies and police are working to identify and disrupt potential threats.
:: The police have the power to examine and detain individuals at the UK border to investigate any concerns of terrorism involvement.
:: UK nationals of concern seeking to travel from the UK can have their passports removed or withdrawn. And foreign nationals resident in the UK can have their leave to remain revoked if they are deemed non-conducive to the public good.
:: Working with our international partners we have secured the designation of the al-Nusrah Front under the UN al Qaeda sanctions regime.

A Downing Street spokesman said: “The report has rightly highlighted the importance of finding a political transition in Syria to bring this brutal regime to an end and the continuing vigilance we must have.”

2014-05-08
admin
Previous: Dutch former Royal Netherlands Army soldier trains jihadists in Syria
Next: Up close and personal with a British jihadi in Syria 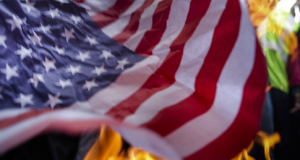 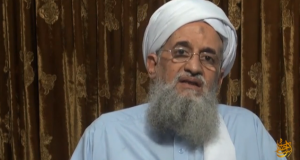 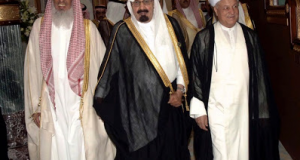 Face the Truth - Have Islamic Scholars Let Syrians and the Rest of the Ummah Down?