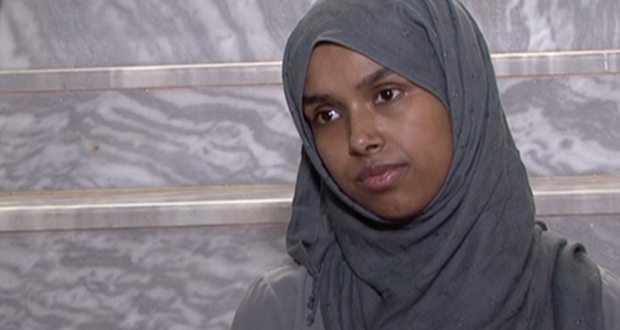 Posted by: Bilal Abdul Kareem in Articles October 25, 2015 Comments Off on How Shukee Begum and her Children were Released a from Syrian Prison 13414 Views

Before August 19th I’d never heard of the name Shukee Begum.  While her disappearance had been reported in the news it just didn’t register on my radar.  I don’t know if it is because I just overlooked it or I actually didn’t see.  I can’t remember.  Then I got a call from my friend Moazzam Begg.  Our conversation was normal, or at least normal for us.  He’d tease me about my American english, I’d tell him that Americans might have gotten the language from the British but we mastered it…etc…  As I said, it was very normal for us.  Then he told me that there was a British national of Bangladeshi descent named Shukee Begum and 5 children who wanted to get out of ISIS controlled territory and then she went missing.  He told me some general details about who he thought was holding her, her last known location, and a potential contact person, whom we didn’t know where to find exactly.  He mentioned that she was believed to be in the Azaz area of Northern Syria.  He said that at one point he was in contact with Shukee herself.  When you have covered this war as extensively as I have over the past several years you get to know lots of people, some good and some not so good.  So he thought that I might be able to follow up and see what I could find.  The fact that Azzaz is right on ISIS doorstep was another issue to deal with.

For those of you who do not know, I have received countless death threats from ISIS to the point where it has gotten boring.  Not that I want to liven things up but the point I’m making is that I am not new to them nor them to me, and I’m not on their list of favorites.  After inquiries, I came up empty.  Azzaz wasn’t one of the areas I had strong contacts in.  I felt badly that I couldn’t uncover something useful.  Was it a hoax?  Was there a real Shukee Begum and 5 kids?  The thought crossed my mind that maybe there was no one to be found, however since Moazzam told me he had been in contact with her in the past I knew more effort was needed.  Most people don’t know how many people Moazzam Begg has helped in the Syrian territories.  He offered, while incarcerated and waiting for trial last year, to assist in bringing home British national Alan Henning the aid worker who was beheaded by ISIS in 2014.  The British government turned down his help.  They decided to handle it.  Subsequently, as the world saw, the results speak for themselves.  At any rate, I had no credible leads to follow.

Then a few days later, two men showed up in a nearby city searching for British national and director of Live Updates from Syria charity Tauqir Sharif and his wife.  When someone unknown comes around searching for someone it sends off warning signs.  Tauqir, understandably was concerned as the person was looking for both him and his wife.  No one does that.  So he consulted with some people and someone suggested that someone else go to meet them instead of him.  No one knew who these two were, what they wanted, and who may have been hiding waiting for him to show up.  The one who went in his place was a British fighter and a veteran of many battles here in Syria along with several other fighters as well.  They met with the two messengers who had come from a group called Jabha Shaamiyya.  A group that operates in the Aleppo areas of Syria.  They told them that there was a Muslim woman who they had in their custody and they wanted to release her to someone.  I contacted Moazzam and told him that there was a breakthrough and maybe there would be good news.

However, the two messengers that came wanted to make it clear that they were releasing her without payment.  Oddly, instead of simply bringing her to an agreed upon place they insisted that we would have to meet them in Aleppo in which case we would then be taken to a place to meet their leader and Shukee would be released.  We were naturally skeptical.  If they were releasing her then why not just do so?  Why would they want us to meet in one location and then be taken to another location to meet with someone we don’t know?  Strange.

There was one British fighter who knew of Shukee’s situation who commands a small group of fighters who offered to accompany me just in case this was some kind of trick.  I admit that their presence made me feel a lot better than walking alone into the lair of a group who already was holding one westerner.  However before we left we contacted some other westerners stationed in Aleppo as we wanted to check out this group Jabha Shamiyya.  We also wanted to set up key people to contact in case things went badly and we found ourselves in a bad position.  Once all of that was in place we went to Azzaz.  Our group consisted of one American, and helpers from Britain, Egypt, Morocco, India, and Syria.

Upon our arrival we met Abu Maher who was the head of Jabha Shamiyya’s security apparatus.  Here is a part of an interview conducted with Abu Maher:

He greeted me and stated that Shukee was an esteemed “guest” under their care.  He stated that she was not a prisoner but a guest.  He mentioned that she was in a secure place for her own protection and that she was free to go.  However he said that he wanted a well known person to vouch for us and he wanted it to go on record that they were releasing her and not selling her to us.  As a journalist, documenting that she wasn’t sold to us is easy however  I said that I don’t understand why you need for someone to vouch for us if you are releasing her.  Just let her go is what I thought.  Besides I’m a known person and she can be released to me as I’m not unknown both by the English speakers and the Arabs.  Abu Maher seemed to be delaying her release in my opinion as the discussions went on for almost 2 hours with no results.  However he did say that we could visit her in Aleppo.  I was very very relieved to hear that!  He also said that we would meet in Aleppo the next morning as he wanted me to interview Shukee so she could tell her account.

We arrived in Aleppo that evening.  Much of Aleppo is destroyed.  Huge empty husks of twisted steel and concrete have replaced the once tall buildings that housed the residents of Syria’s second city.  We entered into their complex after dark and entered a dimly lit building.  We were escorted to the basement.  There was no electricity, and the air was still and hot.  After sitting with the person in charge of the complex and listening to him tell us how Shukee was their guest and not their prisoner Shukee entered with her children.  When she entered the room she seemed happy to see me.  I said: “My name is Bilal Abd…”, and she interrupted me by saying: “I know who you are.”  As we were talking her children were happily playing around us and one of the prison officials seemed to be staying quite close to us to hear what we were saying.  I was determined NOT to ask Shukee how she was being treated nor would I ask her if her “guest” status was legitimate or not.  I told her that we were trying to arrange her release for tonight but it seems it may be tomorrow.  Her face lit up.

That night I discussed with those with me that I would not under any circumstances conduct an interview with Shukee while she was with them.  While they said she wasn’t a prisoner, she was sleeping in a prison cell and not free to leave or contact her family.  That sounds like a prisoner to me and not a guest.  Those who were with me agreed that her statements shouldn’t be used while she was under their lock and key.

The next day I interviewed some prison officials and they all said how much they liked Shukee and her children.  In general Shukee did not have problems with the guards at the prison and seemed to like most of them.  Some of them even bought a bag of toys for the children.  Abu Maher stated that they had to spend time checking to make sure she was not a part of ISIS and her story was as she said it was.  How Shukee fell into their hands is a matter of dispute.  Abu Maher said that they rescued her from smugglers and also it was mentioned at the prison that they were the ones who rescued Shukee from ISIS territory in the first place.  Shukee herself isn’t quite clear.  However she has gone on record to state that her belongings were stolen by the smugglers, and much of that which was left seemed to be lost while in custody of Jabha Shamiyya.  She emerged from her prison with only a small plastic bag of clothes for her children.

Later that afternoon after 86 days in captivity Shukee was released to me and she has been a free woman since that time.  I wish her and her children much success.