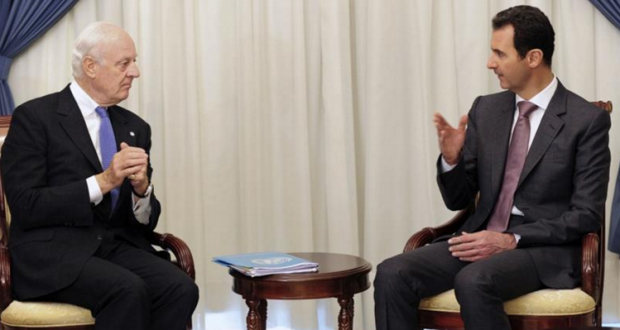 The opposing sides, or at least some of the opposing sides, have gathered in Geneva to discuss possible solutions to the Syrian civil war.  It is very difficult to see a fruitful outcome to the Geneva conference for 3 primary reasons.

The major groups, among others fighting in Syria today are: Ahrar Sham, Jabha Nusra, Jaysh Islam, and several others.  Of all of the major groups I don’t know of any representation from them at the Geneva conference with the exception of Mohammed Alloush from Jaysh Islam.  However, even he is not empowered or endorsed by the other major factions.  So the question arises: even if there is an agreement in place after negotiations in Geneva, exactly who is it binding on???

The international community and the High Negotiations Committee (HNC) are gambling that if they can reach an agreement, and that is a huge “if” as we will see shortly, then the backers of the factions fighting in Syria will be on board and will force feed it to their client groups.  Then those group leaders in turn will have to force feed it to their members who are on the front lines fighting the regime and its allies for the past five years.  That’s more force feeding than even Guantanamo prison can supply.

The 800 pound gorilla in the room that no one in Geneva wants to look at is Jabha Nusra who has no major state-sponsored backing to force feed it.  Any agreement that is reached in Geneva that compromises the aspirations of Syrian people will be rejected by a large percentage of the fighters on the ground both inside of Nusra and outside of it.  If the other group leaders try to force the results of Geneva too hard on their members it will create pathways for disaffected group members who previously wouldn’t have wanted to join Nusra to do so.  In addition to that, it will create splinter groups and de-unify rebel forces who are already not very unity-friendly to begin with.

In a recent press conference with the leading members of the Scholars of Syria, Shaykh Ayman Haroush stated regarding who has the right to negotiate on behalf of the Syrian people: “The authority of the leader is represented in the groups which have the most power.  The groups united together represent the leader of the Muslims.  No matter how powerful a group is it is not allowed to make a decision that is initially the right of the leader of the Muslims.”

Working with the Government

Salim Muslet, the spokesman for the High Negotiations Committee, told reporters in Geneva on Thursday referring to the government of Bashar Assad: “There are many people on the other side who we can really deal with.”  Additionally he added: “We will have no veto, as long as they don’t send us criminals, as long as they don’t send us people involved in the killing of Syrians.”  The HNC said that it would be willing to share equally in a transition council with the government but ruled out a role for Syrian president Bashar Assad.

Question: Would the international community be willing to accept the Chief Financial advisor or the Head of Soldiers Affairs or the guy that makes the tea in the group ISIS as a replacement for it’s leader Abu Bakr Baghdadi and grant it legitimacy?  Could you imagine anyone accepting ISIS as a legitimate group under any pretense or anyone who supported the group in any way, shape, form, or fashion?  Absolutely not.  Bashar Assad has killed more than a half million innocent men, women, and children.  Abu Bakr Baghdadi’s body count isn’t even a micro fraction of that number.  Yet one concept is accepted and the other isn’t.  Why?  Because those western and Russian backers of the conference, to be honest, don’t actually care that much about Syrian blood being spilled.  I believe they want to stop the war because it is reshaping the entire middle east and giving power to Islamic groups (some good and some not so good) that they have not had in centuries.  My proof is staring us in the face.  After all of the killing that has taken place in Syria, the west and their client Arab states did not use their vast military might to come together to put an end to Bashar’s killing spree but they did come together to drop bombs on ISIS positions and other Islamic fighting groups whom they deem to be terrorists.  Why?  Because one threatens Western interests and security while the other does not.  Dead Syrians don’t change any maps nor the balance of power.  However, Islamic groups calling and fighting for Islamic law is a red line.  The real red line.

Since Salim Muslet’s comments about sharing power with the government I have found not a single soldier or commander inside of Syria that would stop fighting under such an agreement.  Not a single one.

Syria’s deputy foreign minister Faisal Mekdad totally rejected any notion of a Syria without Assad, a chief demand of the opposition.  “This will not happen - not now, nor tomorrow nor ever.”  He went on to say: ““President Bashar Assad has become a guarantor for the existence of Syria, and for the unity of Syria’s territory and people.”

With such strong words it is highly unlikely that any negotiating committee, especially one which was hand picked by Assad himself, would be willing to throw their leader under the bus.  Could any opposition group or negotiating committee ever accept Assad as a (dare I say it!) partner for peace?  I believe there isn’t a Syrian entity who wears the cloak of the revolution who could make such a concession and have even an ounce of his credibility remain intact.

It should also be borne in mind that while no one knows for certain the reasons Russian president Vladimir Putin pulled “the bulk” of his forces out of the Syrian fight, it is crystal clear that the regime is losing territory again.  They lost the very strategic Tal ‘Eis to rebel fighters and momentum has seems to be swinging back to the side of the rebels in several fronts in the countryside areas of Latakia.  In the Aleppo countryside of Mohandiseen, slick airplanes launching silent missiles with unbelievable destructive power have been replaced with barrel bombs being pushed out of hovering helicopters again.

As long as “who is and who isn’t” allowed to negotiate on behalf of the Syrian people is decided based upon foreign interests then we should all be prepared for a long war that just might engulf much more than most people realize. 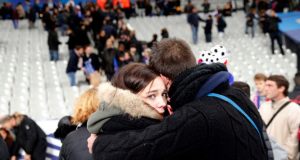