Latest News
Home | Articles | 3 Things we Learned from the Liberation of Idlib, Syria 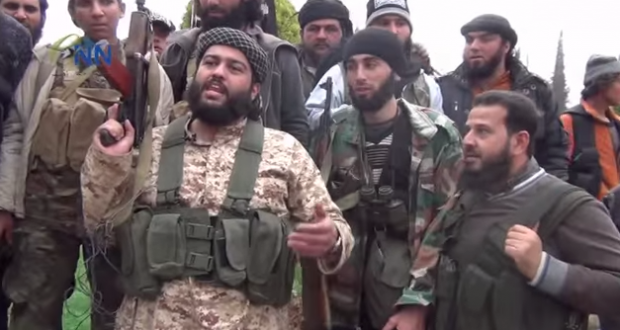 3 Things we Learned from the Liberation of Idlib, Syria

Other territories have been liberated before in the course of Syria’s now more than 4 year war.  For example, large parts of Aleppo fell into (and some of it out of) rebel hands in the past.  Huge regime military bases were stormed and captured such as Shaykh Sulayman in northern Idlib and Wadi Daif.  The entire provincial capital of Raqqa fell to Mujahideen hands and was then wrested away from them by ISIS and claimed as their own.  Yet this attack in the city of Idlib was different.  Here are three things we learn from this event:

1. Maturity: In spite of the differences between the groups, they showed a level of maturity in setting those differences aside and came together in a way they had not done before.  They established an operations room, established a cohesive plan of attack, and ultimately executed the plan.  I have seen many elaborate plans in Syria simply turn into shootouts and the Mujahideen forces were victorious simply because they wanted it more than the regime did.  This time it was different.

2. Leadership: The leadership reins of the Jaysh Al Fath’s operations room were handed over to Dr. Abdullah Muhaysinee, the Saudi born and educated cleric who can be found seemingly at most of the major battle fronts.  His leadership was respected and this is something that has been long in the coming in Syria.  Rarely is the leadership of the different groups in the hands of Islamically educated fighters.  For the most part the commanders rose up in the ranks and stumbled when they did not have the Islamic knowledge to match the scale of territory they controlled.   Many Syrians admit they have a hard time following orders as they have been oppressed for so long, now everyone wants to be a leader and will not accept the leadership from anyone but themselves.  Syrians are an extremely resilient people and this has been known about them.  However they have shown that they can adapt as well.  Whether Dr. Muhaysinee will continue in his temporary role as leader remains to be seen, however I do believe an example has been set.

3. Support of the Syrian People: There were numerous reports of assistance rendered to the Mujahideen forces from ordinary Syrians during the fight.  The city was not as deserted as many believed.  Many families, for various reasons, stayed behind in their homes even while the fighting was intense.  Jaysh Al Fath seemed to be welcomed by the people on the heels of their victory.  It was also announced that Christians will not be asked to pay Jizya (a tax that is paid by non Muslims just as Muslims pay Zakat), as Mujahideen leadership realizes that it is not suitable that the Jizya is paid to them while they cannot guarantee the security as of yet of their Christian residents.  This is in direct contrast from reports of ISIS demanding Jizya immediately from their residents, detaining the women of the people they have conquered, and making a slaughter in the town square on the heels of their successes and broadcasting it on youtube.  Even Syrians living in Turkey as refugees were photographed celebrating the victory.  It is perhaps for these reasons the citizens of Idlib appear to be quite willing to cooperate with their new liberators.

However, there are daunting tasks ahead.  Syrians have been suffering for four years and they may not be as patient as they may have been with their new leadership as they may have displayed in 2013 or even 2014.  Additionally the very concept of “Islamic leadership” has been given a very bad reputation, largely due to the negative coverage ISIS has garnered since it split with Jabha Nusra in early 2013 through it’s well known execution sprees.  So it remains to be seen what will happen next.  However it is very likely that Jaysh Al Fath will extend every device possible to the people of Idlib and other than them to show that not only can they be conquerors, but they can also play the role of governors as well.

Previous: Breaking News: City of Idlib, Syria has fallen to Mujahideen Forces
Next: Face the Truth: Interview with Ahrar Asham about Syria and What’s Next