Shaykh Assim’s Respectable Response to my Article Regarding our Scholars

Posted by: Bilal Abdul Kareem in Articles 23 days ago Comments Off 149214 Views

A few days ago I wrote an article entitled, “Two Epic Failures by our Scholars that Must be Exposed”.  There was a big response from those who read the piece.  One of those responses came from Shaykh Assim Abdul Hakim of Saudi Arabia.

For those of you who don’t know Shaykh Assim he is quite prominent on the English speaking da’wah circuit and is well known and respected by virtually all of his colleagues.  I myself met Shaykh Assim some years ago and I was, and continue to be, impressed by him.  He has a rare mix of knowledge, humor, and what I believe to be sincerity.  However, even with all of those qualities and characteristics it doesn’t mean he and I will always agree.  Shaykh Assim wrote a response to my article on Twitter and I gathered his comments into one paragraph as you will see below.

I think Shaykh Assim’s comments, while I don’t agree with him, are very respectable and that is why I am sharing them with you below.

“With all due respect, either the brother doesn’t know what is happening on the ground or something else I can’t say! The people of Syria will be so delighted when I go there that they will unite under my flag and defeat Bashar’s army! This is too naive! I am neither Slahuddeen nor Rambo. The fighting factions there will kill me on sight! I am not known to them and the first to shoot me is ISIS and then Alqaeda, known as Jabhatul Nusrah so many Saudis have gone there and were either recruited with Khawarij or sold out to Bashar’s forces or to CIA.  It is very nice to admit that one has no knowledge and that we have to correct those who have knowledge to do “the right thing”! The funny thing is: without knowledge, how are going to do this? When you are blind, how can you direct people to the light?

Everyone can be emotional but this is not Islamic as it makes you say and do the wrong things! The youth on the Day of Uhud insisted that the Muslims go out and fight the idol worshippers this was against the advice of the elders and the wish of our Prophet. We know what had happened!  Wishful thinking is not an excuse to throw the youth in this inferno where there is no united Islamic flag!  The youth would be either killing other Muslims or be captured and sold to western intelligence forces! I know a lot of the youth who went there and had this tragic ending!

If you were to ask the great scholars of the Ummah, they would have given you the same answer! Of course, they are all either a sell out or ignorant of what is happening on the ground! Only our friend knows what is truly happening there.  If I were impulsive and emotional like him, I would ask him to go inside Syria and tell me how things rely are!  I know he wouldn’t do that as he won’t be able to come back in 1 piece and even if he does, he’d be black listed therefore, in a nutshell, don’t waste your time and mine and go to scholars and ask them as I am not a scholar!”

I would just like to mention a few points in response to Shaykh Assim:

1. You mentioned: “I am neither Slahuddeen nor Rambo.”

Response: This is true, you have something that is better than anything Rambo has, and something that aided Salahuddeen in his conquests.  That something is knowledge.  I don’t say you are the best, Allaah knows who is the most knowledgable, but you and those like you certainly have something to offer those young men who are willing to risk their lives to save their fellow brothers and sisters from oppression.  I don’t think it is either necessary or useful for you and those like you Shaykh Assim to be on the front lines as your worth is in your spiritual guidance, not your fighting prowess even though Islamic history is full of stories of this ummah’s scholars fully engaged in combating the enemies of all that is good an correct.  Those young men need people of knowledge and wisdom to keep them from falling into groups like ISIS and other than them.

2. You mentioned:  “The fighting factions there will kill me on sight! I am not known to them and the first to shoot me is ISIS and then Alqaeda, known as Jabhatul Nusrah so many Saudis have gone there and were either recruited with Khawarij or sold out to Bashar’s forces or to CIA.”

Response:  Shaykh when you cross that border and enter Syrian territory there will be some who want to kill you as many of them want to kill me, and that is because the influence you have over them with speaking the truth.  However, for every one person who wants to kill you, there will be 30 who are overjoyed that you came to help them first hand and not sitting in Riyadh, Cairo, or some other city.  ISIS is a group that wants to kill everyone so nothing special there (lol).  Jabhatul Nusra is a group I differ with in many issues, and I used to argue with them on a regular basis, but to say that they would kill you on sight is only coming from your lack of experience with them face to face.  Jabhatul Nusra knows that I don’t agree with some of the things they do, yet for all of the times I disagreed with them they made no attempts on my life nor did they withhold one cup of tea from me while I filmed in the Syrian territories.  I cannot see that this would change with you simply because you disagree with them.

Being recruited by the khawarij is an act that you can help stop as you have the knowledge I don’t.  I believe, and Allaah knows best, I stopped quite a few brothers from going to ISIS by simply talking to them in a good way and pointing to the basic proofs from Quran and sunnah and I don’t even register on the radar of knowledge.  I believe with all my heart that if you and those like you were there, you could stop many well intending but unsuspecting young brothers from making that huge mistake.  As for getting sold to Bashar’s forces or the CIA, at the end of the day there will always be dangers.  This is why the reward is so high.

Virtually every single English speaking fighter there knows you, so I don’t share your opinion that you are unknown to them.  As for the Arabic speaking ones, you were successful in making non Arabic speakers familiar with your da’wah, why should you have any trouble with those who share your native tongue of arabic?

3. You mentioned: “The youth would be either killing other Muslims or be captured and sold to western intelligence forces!”

Response: Yes, that might happen but is that fear enough of a reason to abandon one’s brothers and sisters?  The Syrian people are freezing in refugee camps and are praying to Allaah for people with sincerity to help them out of their current situation.  A review of the many lectures you have given will show anyone that the level of love and brotherhood between us and them demands we overcome any fears we may have and do all we can.

4. You mentioned: “If I were impulsive and emotional like him (meaning Bilal Abdul Kareem), I would ask him to go inside Syria and tell me how things rely are!  I know he wouldn’t do that as he won’t be able to come back in 1 piece and even if he does, he’d be black listed…”

Response: I spent nearly 2 years there Shaykh Assim doing reports which aired on Channel 4, Skynews, Newshour, and contributed to other reports on many other media outlets.  Below are a few links to those reports:

I am speaking to you not as one who has been following events on the internet, but as someone who spent extensive time there.  I feel I have a good idea as to where help is needed.  Virtually every non ISIS member will say that the one area that is holding back progress is a lack of scholarly presence.  Most ISIS members see everyone outside of their group as suspicious and a potential enemy, but they are alone for the most part in this opinion.  Other groups there would certainly at least grant you and those like you an attentive ear based upon the years of work you’ve put into teaching.

In the end, we need you and those like you to help steer and not abandon those who sacrifice all they have to see that anyone living in those territories, either Muslim or non Muslim, has a safe and stable place.  As for those who have extremist ideas, who has more of a chance to convince them of the wrong path they are on, you or a simple journalist like me? 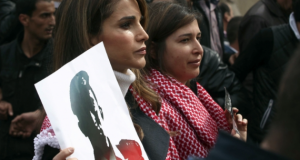