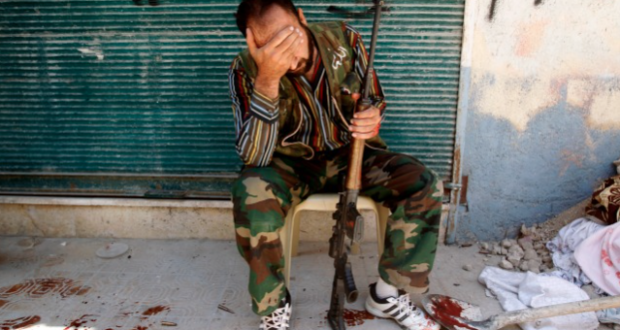 Two Epic Failures by our Scholars that Must be Exposed

Posted by: Bilal Abdul Kareem in Articles January 21, 2015 Comments Off on Two Epic Failures by our Scholars that Must be Exposed 145926 Views

This story was narrated to me by a Pakistani family living in the Gulf.

A father from Pakistan is concerned about his son Mansour (not his real name).  To his father, Mansour is becoming “radicalized”.  He is no longer connected to his friends like he once was.  He started to grow his beard, pray in the masjid, and become consumed with reading literature about Islam.  In addition to all of this he is deeply concerned about the killing of innocent people in Syria.  Ultimately Mansour decides that he wants to go to Syria to help his brothers and sisters, and he is not talking about doing aid work.  Mansour’s father is against the idea totally, but he has exhausted all of his efforts to talk his eager son out of going.  So Mansour’s father decides to turn to a Shaykh that is extremely well known by English speaking Muslims around the world.  The Shaykh is charismatic, engaging, and can be found on virtually every English speaking Islamic TV channel.

Shortly thereafter while Mansour’s father and brother Basim are making Umrah they locate the popular Shaykh.  “Shaykh, my son is determined to go to Syria and fight.  I am afraid he will join Al Qaida or one of those extreme groups.  What do you think?”, asks the grey haired father.  “I do not agree at all that your son should go to Syria and fight”, responds the Shaykh.  He continues, “There is a very high risk of your son falling into the hands of these groups.”  Mansour’s brother Basim is curious about something.  Basim is a soft spoken young man in his 20’s.  He looks at the Shaykh from behind his glasses and asks a question that is on the minds of around one billion Muslims around the world.  “But Shaykh, there are thousands of Muslims being killed in Syria.  If you don’t advise my brother to go, then who will protect the innocent men, women, and children from being killed?”  The Shaykh replies “We will make duaa (supplication) for the people there and work to make da’wah (call) to the Muslims to practice Islam in a good way.  And then in the future when the Muslims are ready, they will go and fight the enemies of Allaah.”  While Mansour’s father was completely satisfied with the Shaykh’s answer Basim wasn’t.  While he respected the Shaykh very much, he felt deep down that his answer wasn’t very practical or comprehensive.    In effect, where does that leave those dying in Syrian streets?

Basim and his father have come a long way and need to make the best of the journey, so any questions they have need to be asked now before they part company with the Shaykh.  “What should I do if  my son won’t listen?”, the Shaykh is asked.  “If all else fails then you should alert the authorities in your country to deal with the situation”, he responded.

Basim and Mansour asked me to mention to any reading their story that this is the culmination of what was said with the Shaykh as they remember it.  There are 2 epic failures from this story that need to be explored that sheds light on why our situation today is struggling to improve.

Our scholars have failed to lead the youth of this ummah primarily due to having a gross lack of a practical roadmap out of the crises plaguing the people.  Is it reasonable to ask strong, healthy, and committed young men to continue to watch more than 300,000 Muslims being killed and do nothing more than pray for them?  Muslims have been reared on a steady diet of religious texts such as “The Muslim is the brother of the Muslim” and “Verily the believers are but brothers” and many similar statements.  Yet when the killing is advertised on TV they are asked to not intervene any more than making supplication and sending money or clothes to the refugees the crisis has produced.  No plan as to how to end the crisis is is put forward.  Is it logical that these young men would look upon these Shaykhs as credible?  Most of Islam’s scholars have no “street credibility” with the youth today.

Asking Mansour’s father to alert the authorities, even though they live in a Muslim Gulf country, is an extremely hazardous and impractical thing to ask a parent to do.  Parents watching their children rot away in Arab prisons cannot be looked at as a real solution to the issues at hand.  The matter is even more serious when this story takes place in non Muslim countries and the would be fighter is branded a “terrorist” and must spend the remainder of his 20’s and early thirties in prison being “de-radicalized” as happened to Muhammad Ahmad and Yusuf Sarwar after their parents alerted UK authorities.

Epic Fail of the Scholars #2: The Scholars failure to Travel to Syria

Had I been there at this meeting I would have asked, and I am asking now, a question that I am hoping some people of knowledge will respond to publicly.  If you feel that some of the groups fighting in Syria are not on the proper belief and methodology, and I share that opinion to a degree, then what is preventing you from putting together a force of young men whom you’ve screened, to go to Syria to fight the murderer Bashar Assad under the proper banner of Islam with you at the forefront or at least with you as their companion and spiritual guide?  When the youth in Syria see the scholars of Islam doing the right thing and undertaking their responsibilities then they may just leave the groups of misguidance and join you, thereby saving themselves and the ummah.  Yet simply telling them to stay home or worse, dump the suffering people in Syria and come home is not what we would expect from people of wisdom.

Throughout 2013 I heard some Shaykhs, particularly from Saudi Arabia, mentioning that the Syrians didn’t need people but they needed money and supplication.  Yet I would see checkpoints manned sometimes by only 3 or 4 fighters freezing in the cold and rain for hours on end.  I assert that the scholars would not have made this call had they simply got on a plane and went there to see for themselves.  They simply relied on reports from dubious sources to make their rulings.  Many criminal fighters from amongst the Syrians made a business out of the “supplication and money” advice given to trusting Muslims by their Local Shaykh.  Some of them had little commitment to fighting and a great commitment to gathering cash and weapons.  Had the people of knowledge gone there they would have seen that.

If the people of knowledge go there now they would find hundreds of thousands of Muslims who would be overjoyed that a scholar took the time to come to teach them.  They would find a receptive ear and a loving audience in the Syrian refugees inside the Syrian territories, after all they have no place to go.  There are thousands of tomorrow’s potential leaders running around barefoot in refugee camps with no one to teach them anything except how to smoke cigarettes and steal food.  O scholars of the ummah what is holding you back from teaching them?  Most of these camps have no electricity so the only way to reach out to them is to go there. A television studio simply won’t do.

What Can the Average Person Do?

Harass the scholars by respectfully imploring that they go to Syria to guide the young, sincere, and sometimes foolish, fighters trying to help our brothers and sisters.  Send your Shaykh emails that fill up his “inbox” reminding him of his responsibilities.  When the Shaykh is on TV taking questions from the viewers, call up and ask him when he is leaving so you can help pay for his trip.  Talk to the Shaykh after prayers, and remind him in secret again and again and again.  Respectfully annoy, harass, and encourage this nation’s people of knowledge to do the right thing.  If they don’t lead us on the front lines with wisdom then they abandon us to the leadership of the ignorant and spy agents posing as Mujahideen who are trying their utmost to destroy Islam.

Please forward to any scholar you know.

Previous: A Disabled’s Letter to Charlie Hebdo: Prophet Muhammad as a Disability Advocate
Next: Legacy of King Abdullah